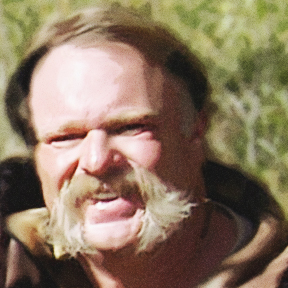 Since 2001, Streater Outdoors provides guided hunts at large private ranches, located on the beautiful historic Sante Fe Trail in Northeast New Mexico.  Streater Outdoors has exclusive hunting rights at these low fence working cattle ranches. Instead of harvesting all the game the state offers, hunts are managed for long term quality. Every year 3 to 4 bulls are taken that score in the 330 to 350 range. There have been bulls taken in excess of 380:

Although private land hunts can be expensive, the cost of Streater Outdoors hunts are reasonable and the quality of game is excellent. The hunts are long, hard, and successful — primarily spot and stalk, watching feeding areas, watering holes, crossings and meadows. Some hunts include stand hunting and using cow calls and bugles to bring in the big bulls.

Streater Outdoors hunts take place in very mild terrain, with total elevation gain of seldom over 200′ across any particular ranch. If ever there was a physically easy elk hunt, this is it. Additionally, alfalfa and hay fields draw game from the surrounding hills and other ranches. Hunts begin before light with a hike to a point overlooking these feeding areas. Streater Outdoors hunts enjoy 95% opportunity.

Zane Streater holds the #1 Alaska/Yukon Moose (SCI) taken with a bow scoring 568 4/8 SCI. He holds the #1 non-typical elk taken with a bow in New Mexico at 403 7/8 net P&Y. His hunting trophies have also hit the Pope and Young , Boone and Crockett, and SCI record books. A rancher in Texas, Zane has also worked with film crews on these movies: JFK, Selena, Any Given Sunday, Michael, Eight Seconds, Walker Texas Ranger, Prison Break, Long Road Home, and Chase, plus he has experience in television commercial productions.

Rifle and archery hunts are available. Streater Outdoors hunts include guide (1 guide for every 2 hunters), meals, lodging, and field care of game. Arrangements can be made to ship your meat and trophies.Thank you for your interest. To book your next hunt, or for any inquiries, please contact Streater Outdoors. A 50% non-refundable deposit is required, with the balance due upon arrival.

Hunt big bulls (usually 6×6 — average 300 Boone and Crockett) during the RUT!
Hear the bugle across the canyons!
You have a real chance to harvest a true trophy bull in the upper 300s!